It is increasingly important to identify individual phenotypes to inform diagnosis and disease management. This is particularly critical for targeted therapies, which reduce a patient’s symptoms by blocking very specific disease pathways. Targeted therapies are only effective in patient subgroups where those specific pathways are actually responsible for disease. For example, omalizumab monoclonal antibody therapy targets IgE and mepolizumab targets IL-5. For more information see Medications – Monoclonal Antibodies 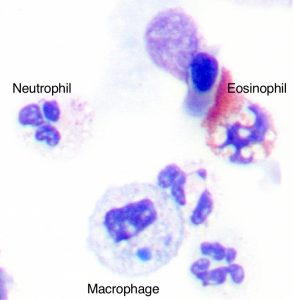 Sputum (produced spontaneously or induced with hypertonic or isotonic saline solutions) can be used to phenotype the type of airway inflammation that is present in patients with severe asthma (e.g. eosinophilic, neutrophilic, mixed or paucigranulocytic (Simpson et al. 2006)). 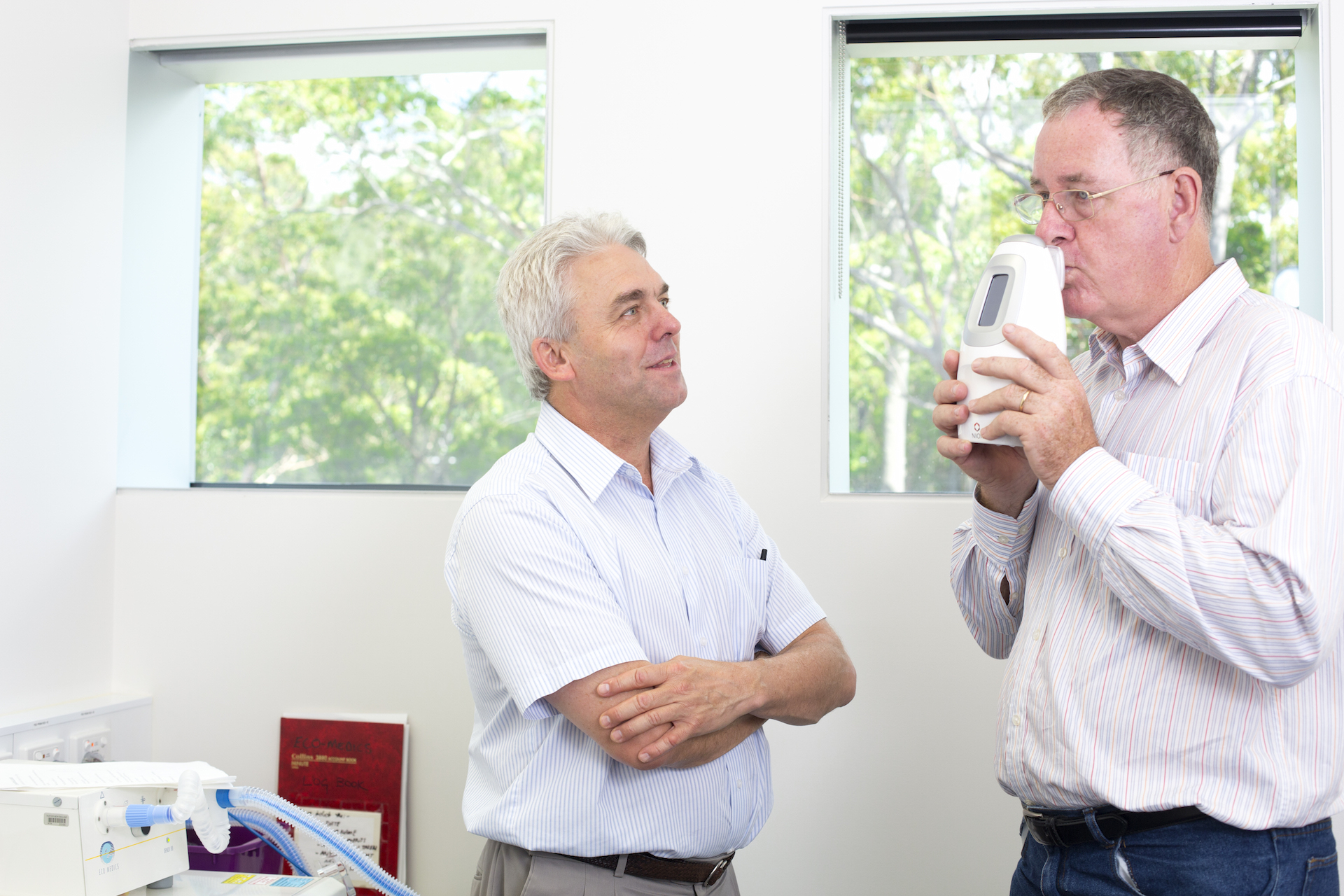 FeNO is a relatively easy test to perform (after preliminary training) and takes very little time. An ATS Clinical Practice Guideline is available for the interpretation of FeNO for clinical applications (Dweik et al. 2011).

FeNO correlates with sputum eosinophilia (Wagener et al. 2015) and can be used to identify a Type 2 inflammatory phenotype, even in the presence of other functional abnormalities such as fixed airflow obstruction. However, there is a need for cut-points (Vestergaard et al. 2014).

FeNO is influenced by a number of variables including smoking, sinus disease and diet, as well as allergic rhinitis and acute viral infection (Taylor et al. 2006).

Biomarkers are molecules that can be used to identify specific pathways that underlie disease in an individual. A number of biomarkers have been proposed for asthma phenotyping (Fricker et al. 2017). The hope is that biomarkers can be assessed in samples that can be readily accessed clinically (e.g. blood, exhaled breath or sputum), to provide an understanding of the specific mechanisms underlying disease and assist with selection of individuals likely to respond to targeted therapy.

Atopy can be assessed by allergen skin prick testing and can provide insight into specific disease triggers. The fraction of exhaled nitric oxide (FeNO) in breath can be used as a surrogate measure of eosinophilic inflammation and has a reasonable correlation to sputum eosinophilia (Berry et al. 2005). Similarly, peripheral blood eosinophil counts can be assessed as a measure of systemic eosinophilic inflammation. Circulating periostin levels have also been proposed as a biomarker of allergic disease (Conway et al. 2014). These biomarkers can be used to identify people with allergic and/or eosinophilic disease, who may respond to targeted anti-IgE and/or anti-IL-5 therapies. 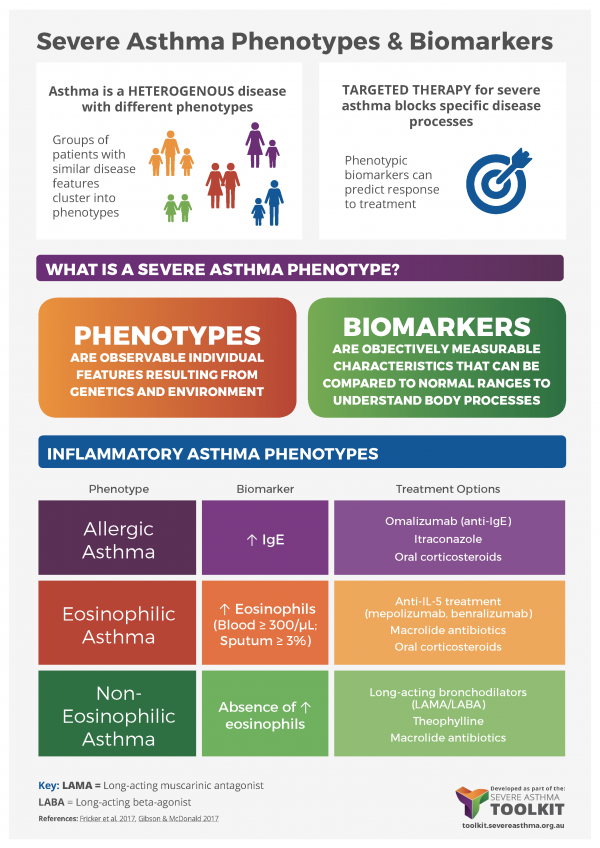