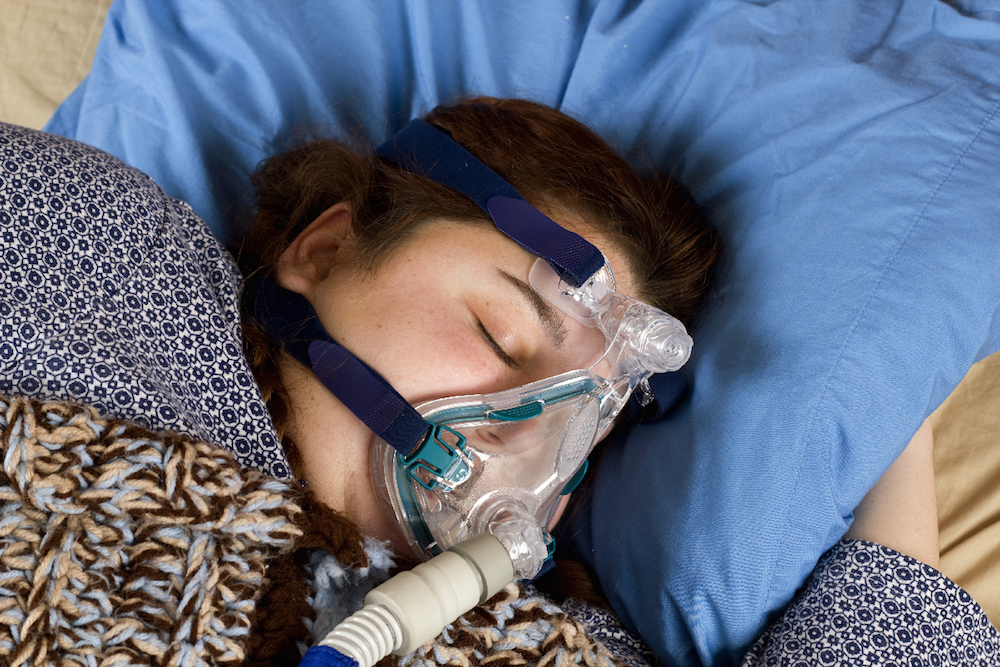 Obstructive sleep apnoea (OSA) is characterised by repetitive collapse of the upper airway resulting in snoring, intermittent oxygen desaturations, sleep arousal, and excessive daytime sleepiness (Young et al. 1993).  The severity of OSA is described by the apnoea hyponoea index (AHI). The community prevalence of at least moderate OSA (AHI >15) in reported to be approximately 15% in men and 5% in women (Peppard et al. 2013).  The prevalence of OSA is rising, due to the increasing rates of obesity.

People with severe asthma at high-risk 26%

OSA may lead to poor asthma control, increased healthcare utilisation, increased beta-agonist use and lower quality of life (Teodorescu et al. 2015, Tay et al. 2016). However, it should be noted that a smaller study of patients who underwent a sleep study, there was no association between OSA and poor asthma control (Julien et al. 2009).

There is some weak evidence to suggest that CPAP use could improve asthma control.  Treatment of patients with severe OSA and co-existent asthma for 6 weeks, resulted in significant improvements in asthma related quality of life (Lafond et al. 2007).  In a small randomised controlled trial comparing therapeutic CPAP to sham-CPAP, 7 nights of therapeutic CPAP was also found to significantly reduce bronchial hyper-responsiveness (Busk et al. 2013).