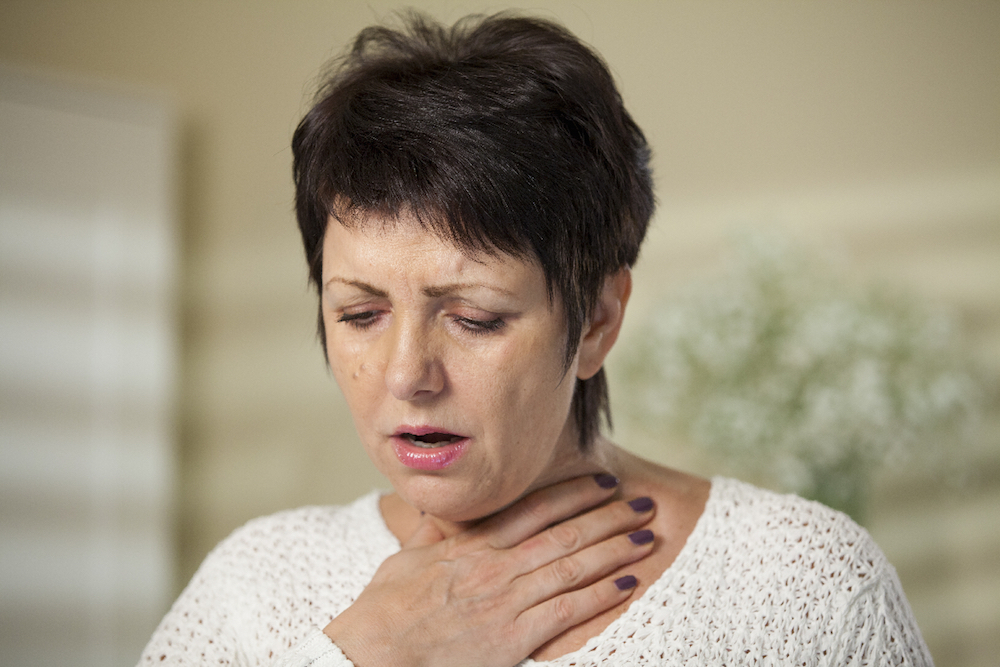 Suggestions have however been proposed and include:

As with the definition, there are also different proposed classifications, with significant overlap between these. Classifications emphasise the alteration of breathing pattern that can occur with dysfunctional breathing. Further research is needed to clarify the optimal classification for clinical use.

A variety of symptoms have been proposed to indicate dysfunctional breathing. These symptoms can be respiratory, symptoms of neuronal excitability, or symptoms of vasoconstriction.

*These symptoms occur with hyperventilation

The figure ‘Dimensions of Dysfunctional Breathing’ shows the scope of the different changes than can occur with this condition.  The problem is complex, having several different dimensions. It is also heterogeneous, since not all dimensions are present in the same person or in all people at the same time. This complexity poses a challenge for the recognition and management of dysfunctional breathing. 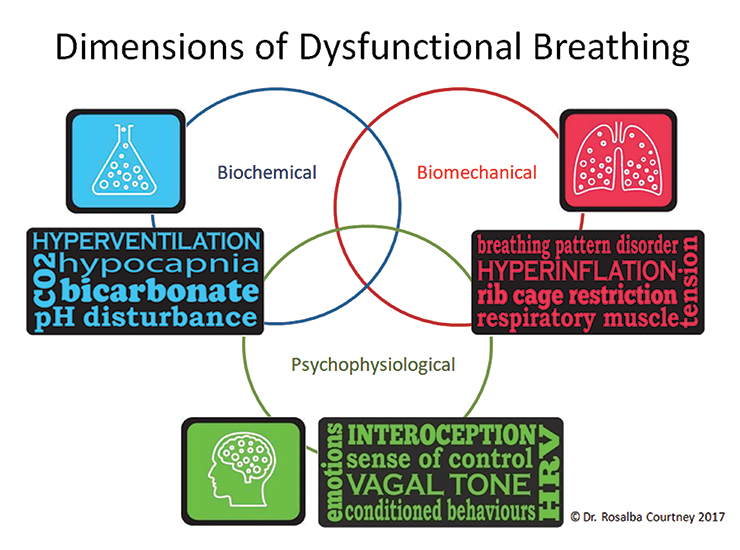 Used with permission of the author Dr Rosalba Courtney.

The prevalence of dysfunctional breathing is uncertain due to lack of a gold standard diagnosis. The following estimates have been reported:

Diagnosis incorporates clinical history, physical examination with a focus on observing the pattern of breathing and investigations, including exercise testing in some patients.

A common method of assessing dysfunctional breathing includes that administration of the Nijmegen Questionnaire.

NB Low C02 and rapid breathing can both cause broncho-spasm

Breathing retraining is delivered by a qualified professional such as a respiratory physiotherapist (Weiss 1994, Bruton et al. 2011, Jones et al. 2013, Bruton et al. 2018). The aim is to deliver a multicomponent intervention that focuses on normalising the ventilatory pattern at rest and with activity. Specific techniques include the Papworth and the BradCliff methods. Physiotherapy breathing retraining improved quality of life in patients with incompletely controlled asthma, in a recent RCT with over 600 patients (Bruton et al. 2018). More research is needed, as the evidence base is limited (Jones et al. 2013).

General principles of breathing retraining include educating the patient to:

The following video provides guidance on breathing re-training to optimise breathing patterns in chronic lung disease. The techniques are adapted from Papworth and BradCliff methods. Specific exercises for individual patients should be prescribed by a respiratory physiotherapist.

This video has been developed as part of the Bronchiectasis Toolbox and is included with permissions.

Dysfunctional breathing is frequent among patients with asthma and should be considered in those with difficult-to-treat asthma, or whose symptoms are disproportionate to the degree of airflow obstruction.

Dysfunctional breathing is poorly defined, and difficult to diagnose. No consensus classification exists. Diagnosis relies on a high index of suspicion, and clinical assessment by experienced physiotherapists and physicians.  Referral to a specialist centre should be considered if dysfunctional breathing is suspected. Treatment with breathing re-training is often effective. 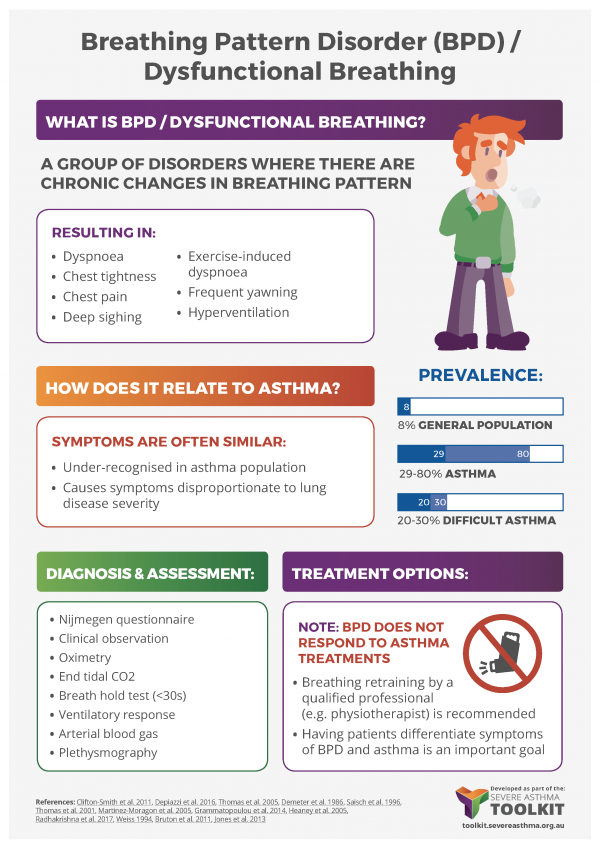